Welcome to the Gosport Labour Party

The up and coming elections will be happening under difficult circumstances, and as the situation continues to change we have to adapt and act quickly. We know this is one of the simplest, safest and most effective measures to make sure people can vote in May. In these uncertain times, the Labour Party is encouraging…

I have been a Gosport resident for 32 years and have served in Hampshire Fire and Rescue Service for 31 years and counting. I am married to Maggie who works as a Teaching Assistant at a local Primary School and am a father of 3 boys aged 15, 17 and 19. I have been interviewed… 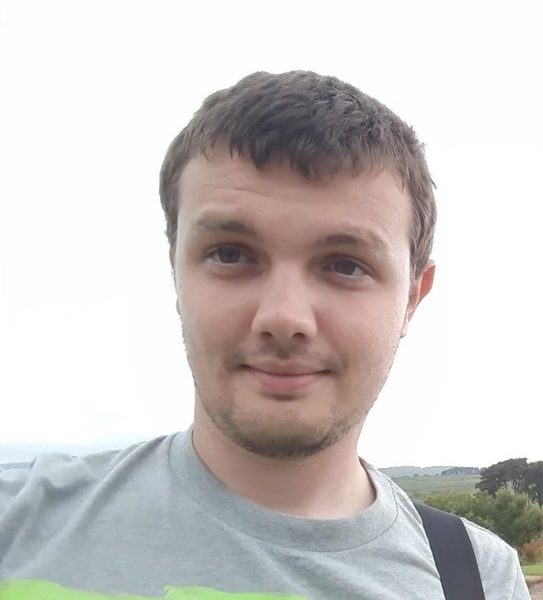 I am a Gosport resident who attended local schools and college. I have been a Labour member for over seven years and stood as a candidate in Alverstoke in 2016 and 2018. Transport is one of our main problems. I believe the proposal for widening parts of the A32 to enable two lanes of traffic… 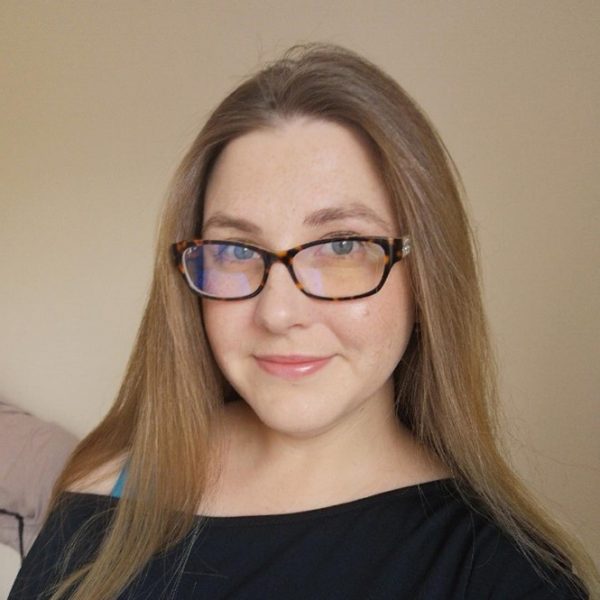 Hannah is Gosport born and bred and a military spouse of 12 years with first-hand experience of the challenges military families face at local level. Working from home through lockdown whilst juggling schooling and taking care of her family, Hannah can cope with whatever life throws at her. She takes pride in her local surroundings,… 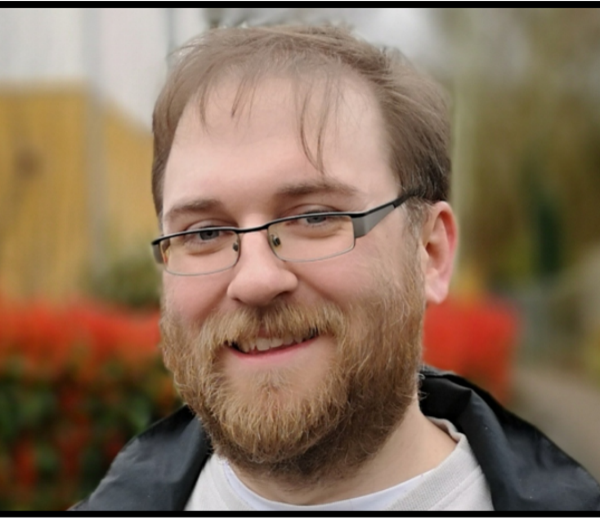 I live in Grange with my wife and our three-year-old child. In my working life, I design apps for a wide range of organisations. I usually work from home, so I spend a lot of time in our area. Over the past six years, I have learnt to understand and appreciate our community, what a… 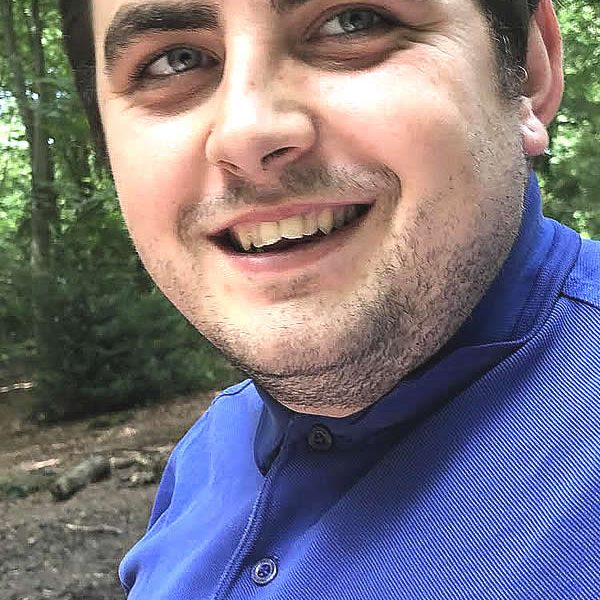 Having lived in Gosport all my life, I have always been an advocate for local businesses and a thriving High Street. I am happy to discuss local issues and listen to others, but will speak up about things that could improve this town. I take a keen interest in sports and enjoy spending time with… 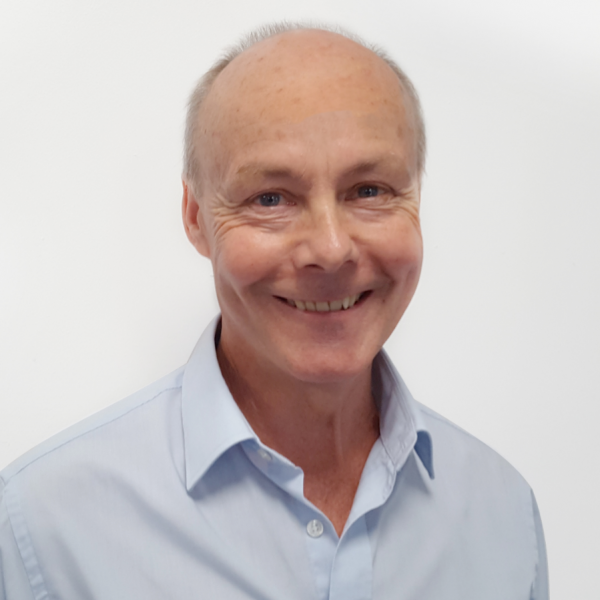 Mark is a retired secondary school teacher, having taught in Gosport at both Brune Park Community School and St Vincent. A former local councillor, he represented Town Ward in the early 2000s when Labour ran the council. He believes that Gosport Borough Council today is in a sad state – run from Portsmouth, Its budget… 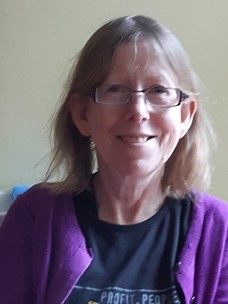 Alison has lived in Gosport all her life.  She has been a member of the Labour party for 32 years and has been active for most of them. Alison has also been a lay representative for a trade union for almost 30 years. 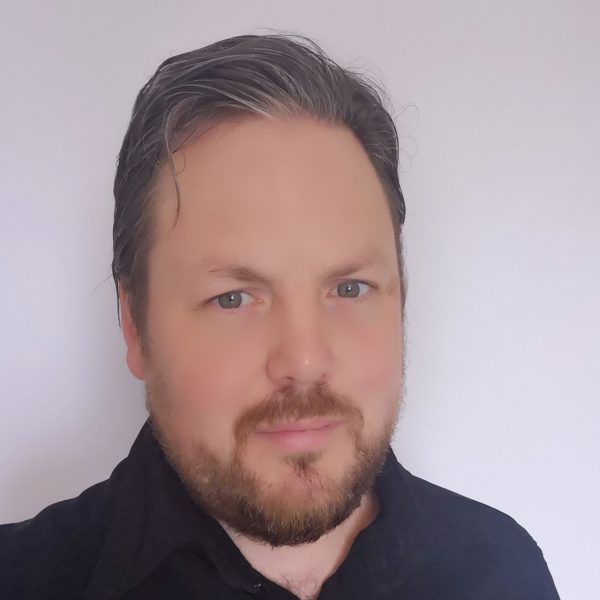 Chris Percival has been working closely with Town Ward Labour Councillors June Cully and Keith Farr for years, getting involved with everything from supporting residents who come to him with issues about housing or the local area, to rolling up his sleeves and helping clear rubbish out of the creek. 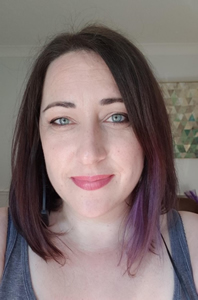 Emma Smith is a well-established local campaigner and community champion who has lived in Gosport now for over 30 years. 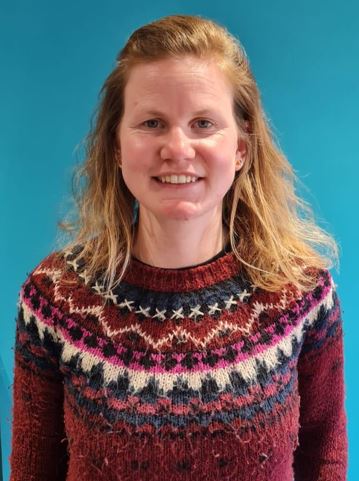 Claire has worked for a local community charity for over a decade and works hard to ensure children and their families are supported to lead happy healthy lives. Claire has been an active volunteer in Gosport since childhood. She is currently Vice Chair of the Friends of Leesland Park, helps run a children’s environmental club… 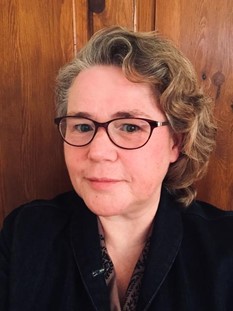 Marie grew up in Lee, attending Lee Junior school and then secondary school in Waterlooville before leaving to go to university. She returned to live in Lee 22 years ago She recently retired after a career working as a statistician, initially in research and then 25 years as a civil servant. Marie volunteers locally and… 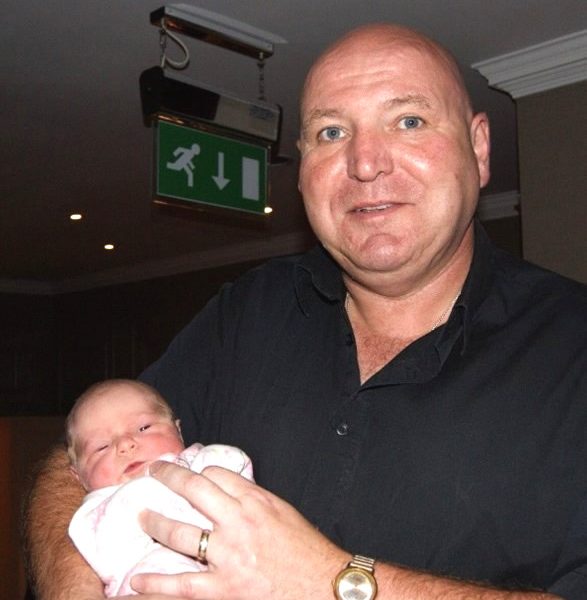 Paul has lived in Gosport for the past 22 years and retired in 2017 from his role as a trade union official. He has seen an alarming decline in the services provided by Gosport borough council, annual increases in taxes but less and less for our money: a 6% increase this year while adult social… 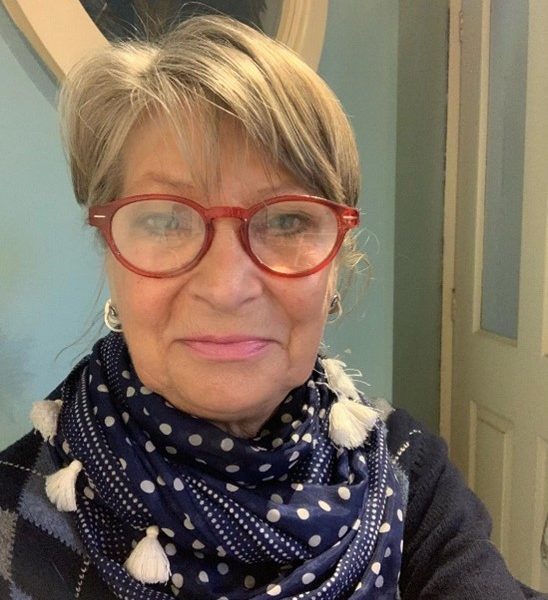 Lynn started her working life as a Commissioned Officer in the RAF then followed a career as a digital technology consultant living and working in UK, Europe and the United States. She joined Portsmouth University in 2004 and works as Principal Lecturer and Assessment Regulation Officer, is a union rep and actively supports disabled/disadvantaged students…. 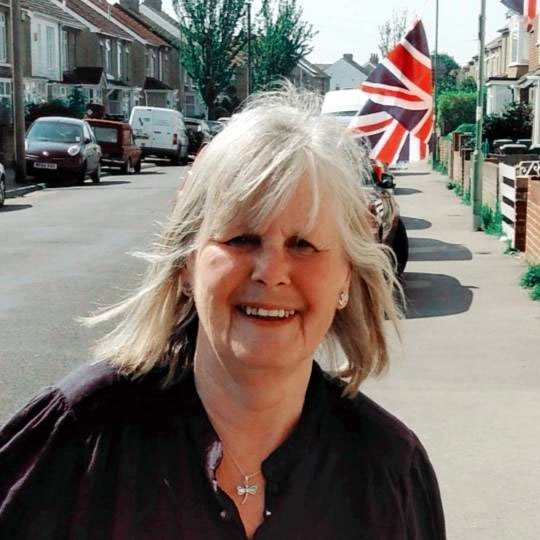 I’ve lived in Leesland for many years with my husband Keith. I brought up my three children here. I believe that people who live in Leesland need a Leesland voice – they deserve someone who is active in the local community, not someone who just talks about it. For the last twenty years I’ve volunteered…

Read more
Tony Bunday: Labour and Co-operative candidate for Police and Crime Commissioner for Hampshire and the IOW.
Council Elections

Tony Bunday: Labour and Co-operative candidate for Police and Crime Commissioner for Hampshire and the IOW. 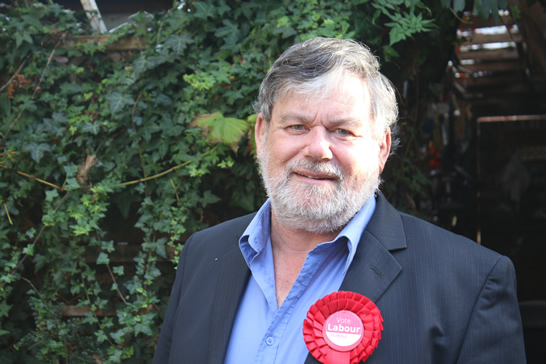 I have over 40 years relevant experience, working across much of Hampshire and managing in health, social care, criminal justice services, and the voluntary sector. I have particular expertise in youth justice/youth offending, substance misuse, homelessness, and metal health and since 1987 I have always been involved in cutting edge, multi-agency services with successful outcomes…. 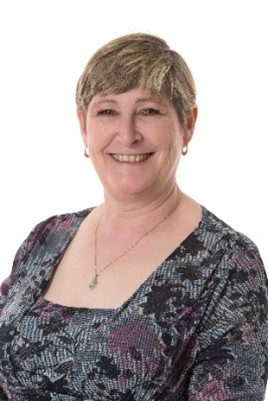 I worked at Haslar hospital for 13 years and for USDAW, the shopworkers’ trade union, for eight years. My interests include animal welfare and, as well as looking after some ex-battery hens, I enjoy spending time walking my retired greyhound. The ever-increasing cuts to health, education and council budgets imposed by the Tory Government have… 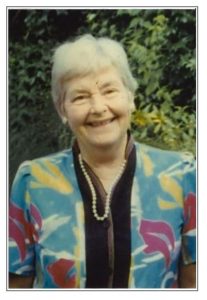 It is with great sadness that we learnt the news of Cynthia’s death on Monday 12th April at the age of 97. She was a life-long member and friend of the Labour Party.
Cynthia was elected to Gosport Borough Council in May 1972 and represented the Newtown Ward until 1974. Following a reorganisation of the Council she served the Forton Ward until 1979.
When she and her husband Sid moved to Bridgemary, she was elected to serve Bridgemary from 1986 until she retired in 1997. Cynthia was Chair of the Transportation and Highways Committee, policy areas in which she took a great interest, along with planning and housing issues. She was keen to see environmental improvements in the area and did her best to gain recognition for the skills of the gardeners employed in the Parks department.
She supported Sid in his Mayoral Year 1990 to 1991 as his Mayoress. In all the years that Sid was a County Councillor, she always drove him to Winchester for County Council meetings and other duties.
Cynthia will be remembered as someone who was always ready to help residents with their problems. She was respected throughout the Council by staff and councillors of all parties.

Her funeral is at 12.30pm on April 27 at Portchester Crematorium

Time for
CHANGE
in Gosport..

Our local council is being run from Portsmouth. Whole areas of the town are sold off to developers. The voices of Gosport’s residents are ignored or not heard. Families are struggling. Hidden homelessness and rough sleeping have increased.

Get involved with the Campaign

Learn More About Our Plans In Gosport

Our Campaigns For Local Change 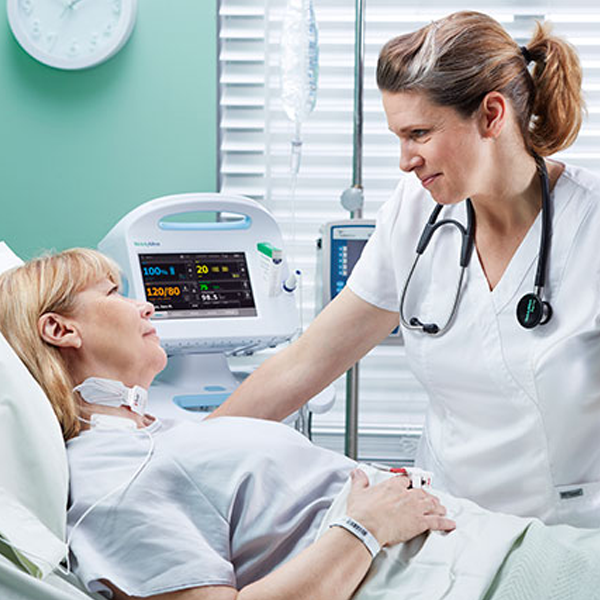 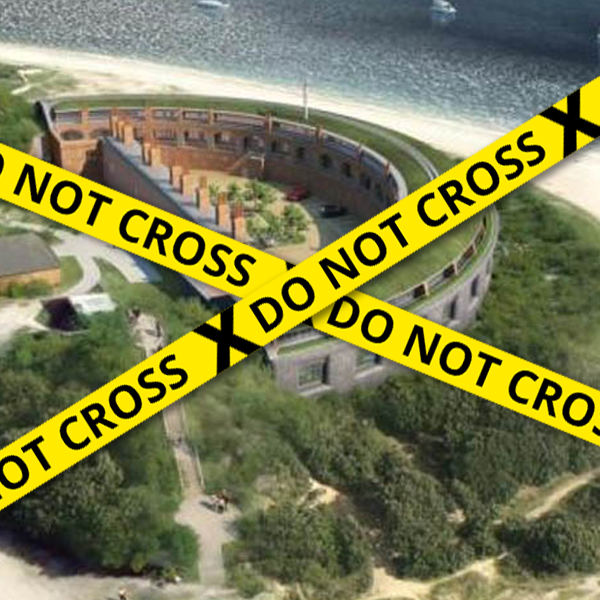 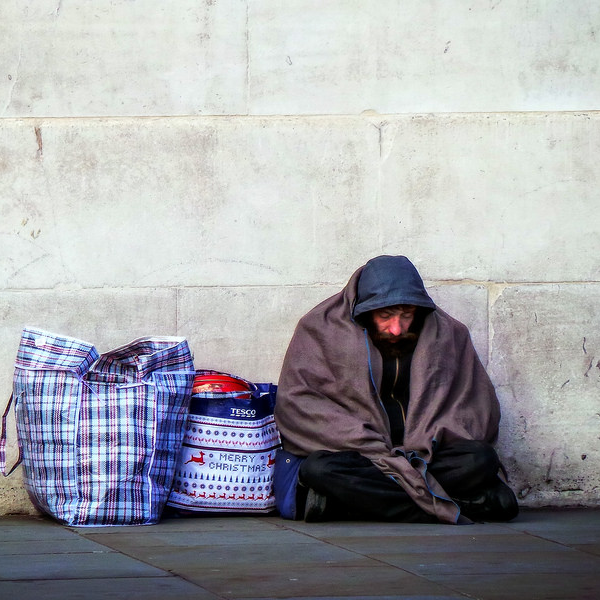 Safe Homes For All 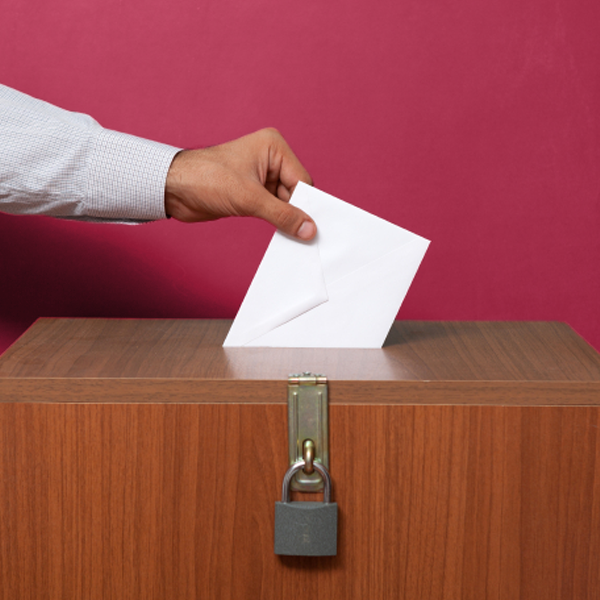 We must act to

YOUR SUPPORT POWERS OUR SUCCESS IN GOSPORT

Over £ 8,600
Raised in Donations So Far
Donate Now