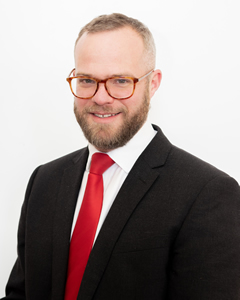 Campaigner Tom Chatwin has been selected as Labour’s Parliamentary Candidate for Gosport in the General Election.

As Gosport’s next MP, Tom will work to reverse the damaging cuts to our local services imposed by Conservative governments.

Everyone in Gosport knows how difficult things have become here. With the police station closed and front-line policing cut to the bone, anti-social behaviour and drug abuse on the increase, many people no longer feel safe. The nearest A&E is miles out of town and local people struggle to get GP appointments. With our libraries now also under threat, it is clear the Tory cuts are hitting the people of Gosport harder than most.

Caroline Dinenage is a government health minister and shares responsibility for these cuts.

Tom Chatwin is fighting for a Labour government that will put our NHS first. He opposes any Tory plans to slice up what’s left of our NHS and sell it off in a Trump trade deal. Tom believes our NHS is more important than short-term profits going into the pockets of a few billionaires.

Boris Johnson misled the Queen and the country – how can anyone trust a dodgy prime minister with the National Health Service that we all rely on and love so dearly?

As the Head of English at a Hampshire special school, Tom is passionate about education. He is alarmed by the huge cuts to the Hampshire schools budget, causing standards to fall and class sizes to soar. Tom is campaigning for a Labour government that would properly fund our schools and introduce a National Education Service to provide lifelong education opportunities and training for all.

A vote for Tom is a vote for protecting and investing in our NHS. It is a vote to abolish prescription charges for everyone in England. It’s a vote to end the scandal of big pharmaceutical companies ripping us off with grossly inflated prices for life-saving drugs. And it is a vote to restore our police force and make our streets safe again.

A vote for Tom is also a vote for Labour’s vital ‘Green New Deal’. That means significant investment in green technology, industry and training that will create thousands of well-paid, high skilled jobs, help jump-start Britain’s economy, and make us world leaders in the fight against the climate emergency.

Labour is the only party offering voters the final say on Brexit. The Prime Minister cynically withdrew his Brexit deal which had been approved by parliament. He knows what a bad deal it would be for Britain, costing the country billions and risking a catastrophic ‘no deal’ cliff-edge. A Labour government will end this Tory chaos. Labour will get a better deal, protecting jobs and workers’ rights. Within six months of being elected, Labour will give the people the choice – not a re-run of the 2016 vote, but a choice between a sensible deal and the option to remain.

In 2017 Labour received nearly 14,000 votes from the people of Gosport, a 12.6% increase that saw the Lib Dems left behind in the dust with little over 2,000 votes. Quite simply, the Lib Dems can’t win here. Only a vote for Tom Chatwin can beat the Tories in Gosport.

GOSPORT DESERVES BETTER than five more years of failed Conservative government. You’ve seen the damage they’ve done to our country in the past nine years. It’s time for real change. 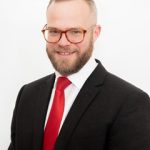 Polls show only a vote for Tom Chatwin can beat the Tories in Gosport. 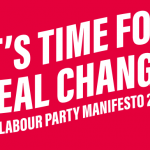 The most radical and ambitious plan to transform our county in decades. This is a… 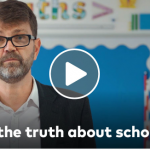 Learn the truth about school cuts

But this election, we have the chance to shape the future of education in this…

Campaigner Tom Chatwin has been selected for Gosport 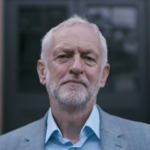