Tribute to the late Terry Robbins.

Terry Robbins a life long socialist an active member of the Labour Party for many years. Terry helped deliver leaflets and was a candidate in local elections. He was our delegated liaison officer to the County Council Labour Group for many years and a member of the Gosport CLP Executive Committee. Terry would always research his argument well and many a lively debate ensued.

It has been hard for his widow Pam over the last five years seeing dementia take away too early the Terry she had been married to for thirty-nine years. He died on the 22nd November in Queen Alexandra Hospital after contracting sepsis.

Our thoughts are with Pam and her family the funeral is on Thursday 16th December at 10.45am in Portchester Crematorium. Donations can be made to Dementia UK via the Co-op funeral director in Stoke Road Gosport. 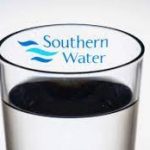 A PETITION has been launched to bring a universally panned water company back under control of the general public.

Tribute to the late Terry Robbins

Can’t afford to heat your home this winter?